Central banks around the world have stepped in and intensified their efforts to conceptualize and design their own digital currencies, i.e., central bank digital currencies (CBDCs), in particular, as a reaction to the increased competitive dynamics by the cryptocurrencies and stablecoins. Asia has a particular importance and critical leading efforts in this space with various Asian central banks assessing and experimenting with CBDCs. In this panel, Masaki Bessho, Dr. Oriol Caudevilla, Richard Turrin, Hiromi Yamaoka and the moderators Jonas Gross and Dr. Markus Heckel elaborate on what Europe can learn from these efforts. 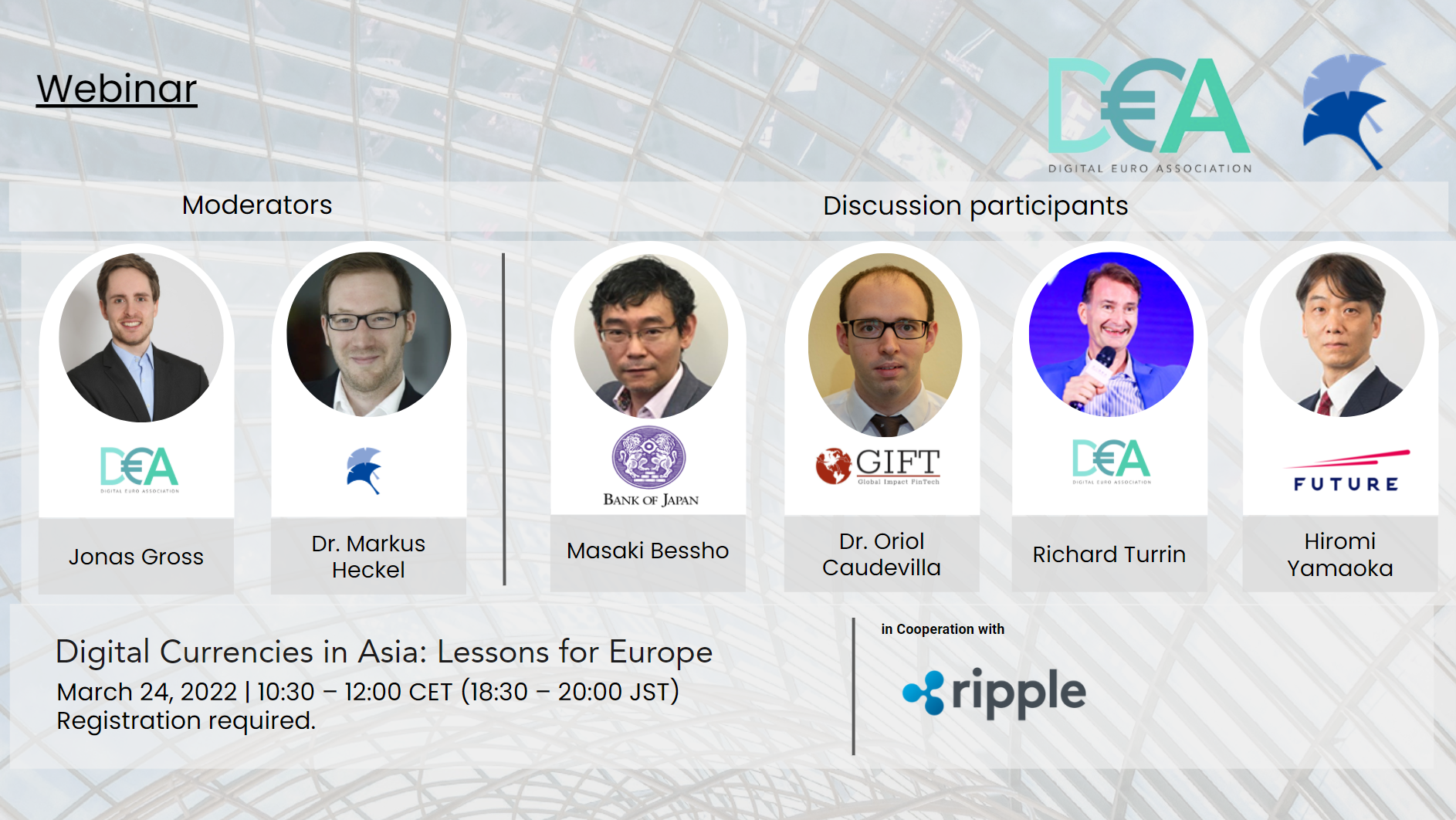 First, a presentation about the Bank of Japan's approach to CBDCs and the current usage of cash in Japan is given by Masaki Bessho. Following his presentation, the People's Bank of China digital Yuan app including its functionality, how it integrates several bank accounts is explained by Richard Turrin. Afterwards, Hiromi Yamaoka talks about digital currencies and the future of money and the two-layered digital currency set-up of the Bank of Japan's digital currency. The following discussion highlights the differences in the Chinese and the European General Data Protection Regulation and gives insights about upsides and pitfalls of Asian CBDCs.